Zombie Top – When zombies show up

Top 13 of proofs that zombies are everywhere (I mean EVERYWHERE!!)

Dead people, coming back to life… Nope, we’re not talking about Uncle Bob waking up after his nap… Nope, we’re talking about a very serious issue, much more terrifying: zombies!! Of course, the danger is still to prove… But, something is sure: zombies are everywhere!!

First, it began with stupid books (pfff, not even scary) but then, things started to be more and more concrete with, for example, the apparition of TV shows, movies… we started to be a bit scared, that’s right! But, since recently, the threat seems to be on the rise! Deads are slowly coming back between the livings!

Here’s a Top 13 to prove that these ugly faces invested your place! Keep calm and watch out! Zombies are everywhere!

P.S: Just in case, we also give you a few tricks, very useful if the threat finally becomes true! We never know… 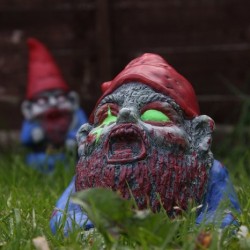 Cause the threat seems pretty serious… So let’s take no risk! 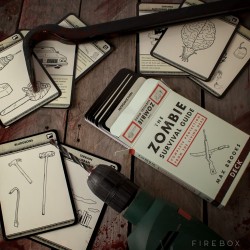 Cause it’s great to have the guide… but let’s be a bit equipped (just in case…)! 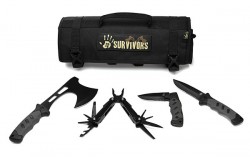 Cause it’s great to have the guide and the kit… But what about the practice??

Here’s something to train yourself in “zombie’s massacre”. 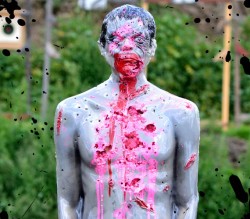 Because usually, THEY try to eat us… for once, let’s reverse the roles! 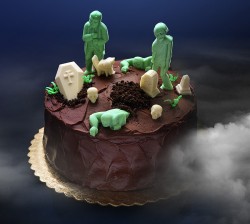 Even if THEY really seem to be stupid (or completely out to lunch), we’ve to admit that they have a fully filled head!

Because, for once, a zombie’s decapitated head doesn’t look that disgusting! (it even looks comfy, right??) 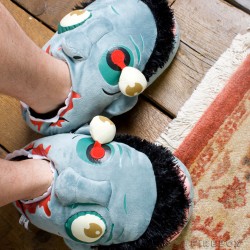 9. “Ask me about my zombie disguise” T-shirt

In case you would like to scare your comrades… Or just to strike up a conversation. 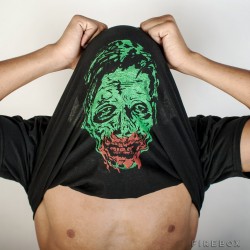 “Ask me about my zombie disguise” T-shirt

Because “why not”… it’s good for the skin they said…! 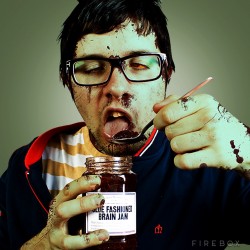 Emblematic figure of the “Zombie Mania”, it had to be a monopoly at their effigy!

Really useful isn’t it?? We could get use to it…! 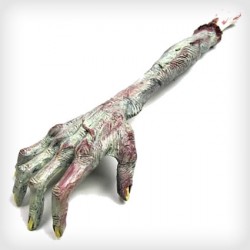 Perfect to dissuade your guests from doing… you know (contaminating your bathroom…!) 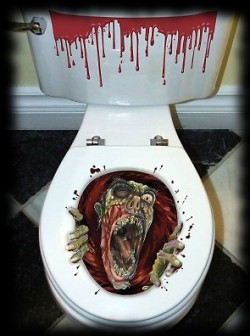 We hope the message’s clear: watch out guys !

Thanks for reading this article. If you liked it, feel free to leave a comment below!

If you are already addicted to JPB, subscribe to the  JPB Newsletter.

See you there ! The JPB Team

Want more? Check this out 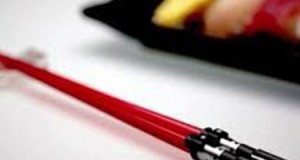 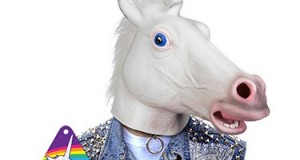 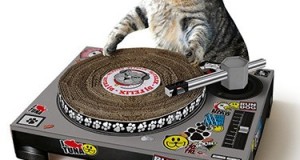 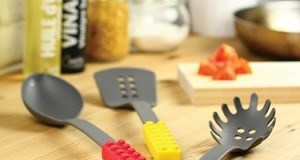 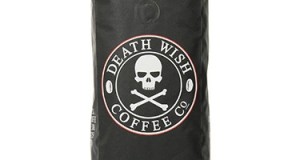 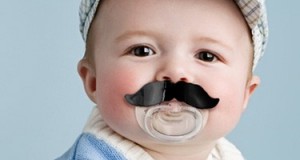 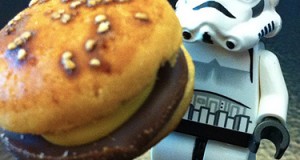 Burger Invasion –
From Burgers to Invaders!